We have some more changes & fixes coming your way today with another phase of experimental for v1.8.10. Please test as much as you like and give us feedback - thanks a lot!!
Our Experimental server is also updated feel free to join!

For discussing the new and updated features, please head over to the Experimental Feedback forum: https://empyriononline.com/forums/experimental-features-discussion.35/

Changes:
- Localization: added pre-translated texts to all NEW entries added with 1.8.10 (DE,FR,IT,ES,RU); Please report issues (formatting/loca) with a screenshot in our forums; note: follow us on upcoming updates on how to help/contribute to/handling of the game loca in the next weeks!

Fixes:
- Fixed an issue with shadows in 1PV when sat in enclosed cockpits (distant shadows could be seen to flicker when moving)
- Another fix for this https://empyriononline.com/threads/tree-invincibility-and-flamethrower-grinding-00393.100519/

Fixes:
- When disabling a POI shield some blocks can remain "protected" until the shield block itself is destroyed
- Vessels lose control when turrets are active

Changes:
- We have changed the version of EasyAntiCheat that is being used to the Epic games version. With this change we need your help with checking it is working ok in MP for example:
- You can load the client ok with EAC enabled
- You can connect to the Experimental server & don't experience any problems from EAC such as kicks / disconnects
- Play for an hour or more again with no EAC kicks / disconnects

Autumn is here and the forests are becoming a little more colorful again. "Colorful" is also one of the keywords for the current EXPERIMENTAL version of update v1.8.10!

While the programming team has focused on bug fixing, Art & Design have set out to make Empyrion even more colorful in some details - or rather to give YOU the possibilities to do so. For example, you can now use the Color & Texture tool to paint the thruster flares independently of the actual thruster block. The same applies to deco consoles with hologram elements! 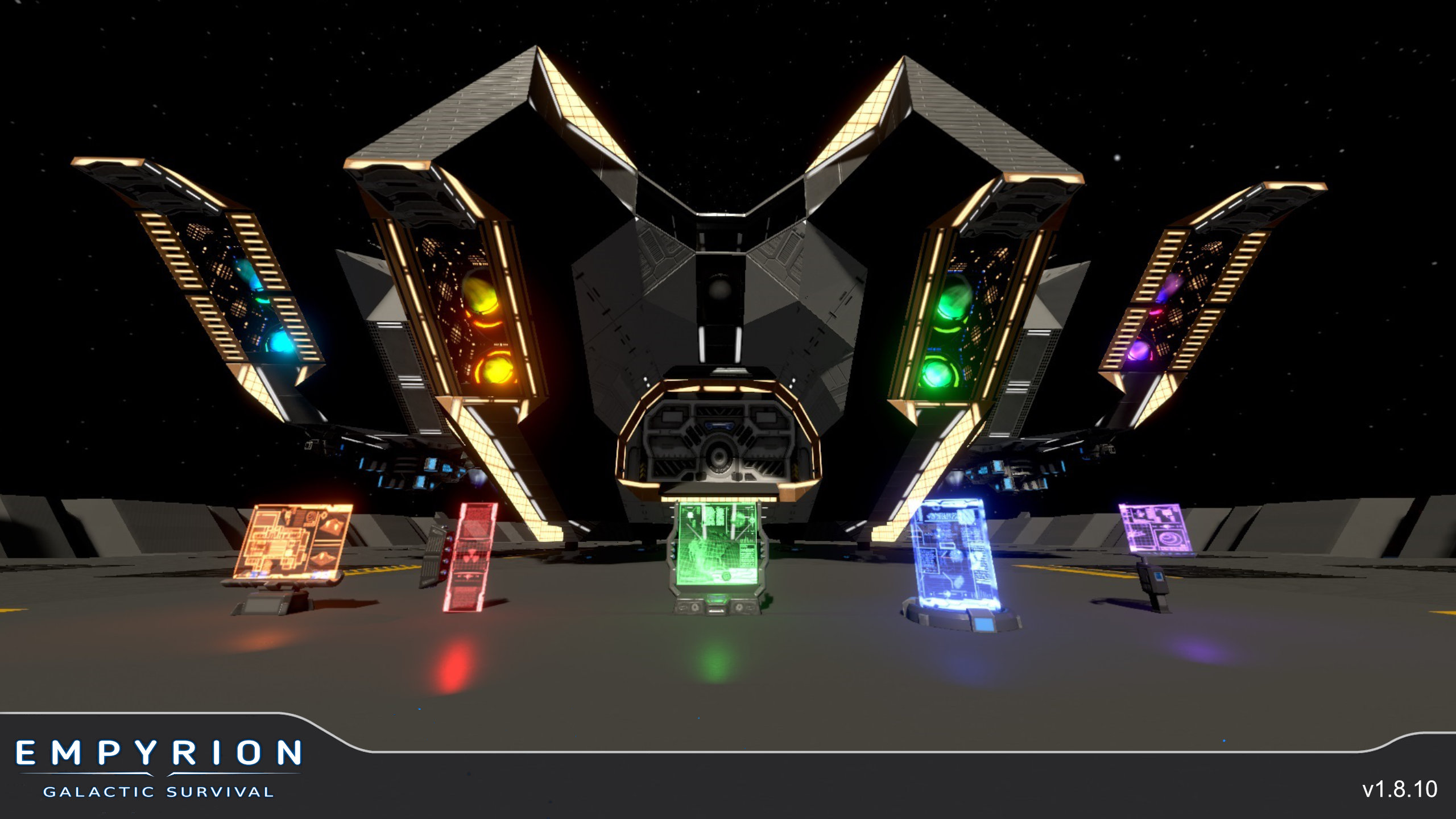 By the way, you can now also copy colors and textures with the tool. And if you have a block in your hand you can copy complete blocks in CREATIVE mode.

For the current version, the content team has looked into the feedback of the game start tutorial and made first adjustments. Among other things, the 'Info Count' in the Escape Pod area has been reduced. Also, there is now a mini-tutorial at game start, in case you activate the Robinson protocol. To further reduce the popup count, information that was previously given in some pop ups has been moved directly to the hover info cards of the respective devices and items. 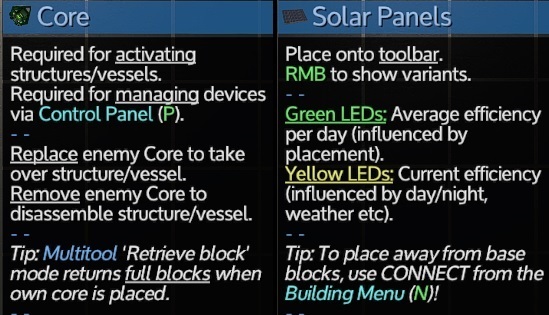 Have fun with the EXPERIMENTAL version!
We are looking forward to your feedback!
Empyrion Dev Team

- Holographic deco blocks can now have the holo display color changed
- Ctrl-RMB now copies the block attributes if the current slot has a stack of blocks. In Creative Mode the...
Continue reading...
Aug 10, 2022

In addition to the previous patch here is the changelog for v1.8.8 with some more fixes we have been working on & more to come soon.
Report bugs and issues for the public release right over here - thanks a lot!:
https://empyriononline.com/forums/bugs.24/

Changes:
- DialogueSystem: added second optional parameter to dbplayer vars "param2: steamid" to force using the steamid instead of the player entity id. The steam id will not get reset if the player wants a fresh start.
- Reduced Volumetric Lighting. & also to add on this topic:
We are working on a change for this for a future release that will automatically adjust the intensity depending on atmosphere settings & weather conditions that are active on the playfield.

Fixes:
- Signals in MP not staying assigned
- Weather such as Hail, Fire rain etc could damage the player when they were in shelter (Abandoned, wreckage POI's etc)
- DecalSystem: fixed regression that decals didn't get switched off on first entry into the game (and some other strange effects) 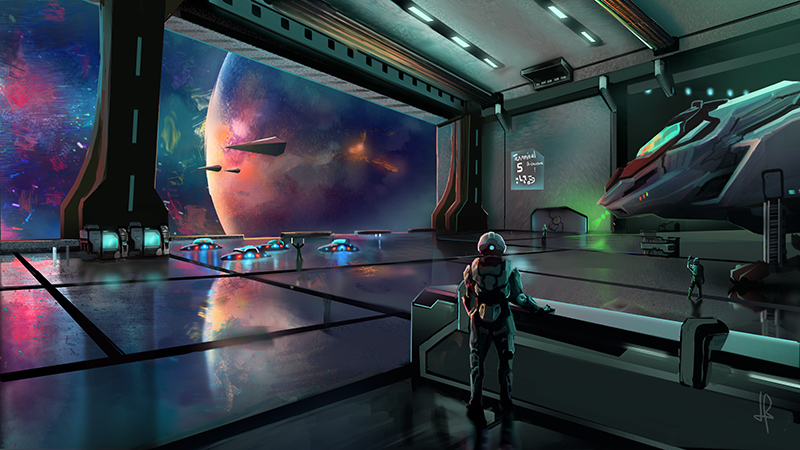 In addition to the previous patch here is the changelog for v1.8.7 with some more fixes we have been working on & more to come soon.
Report bugs and issues for the public release right over here - thanks a lot!:
https://empyriononline.com/forums/bugs.24/

Fixes:
- Exception that can trigger when far away from a planet in space
- Multiple exceptions found in logs sent in to us
Continue reading...
Aug 3, 2022

In addition to the previous patch here is the changelog for v1.8.6 with some fixes we have been working on & more to come soon.
Report bugs and issues for the public release right over here - thanks a lot!:
https://empyriononline.com/forums/bugs.24/ 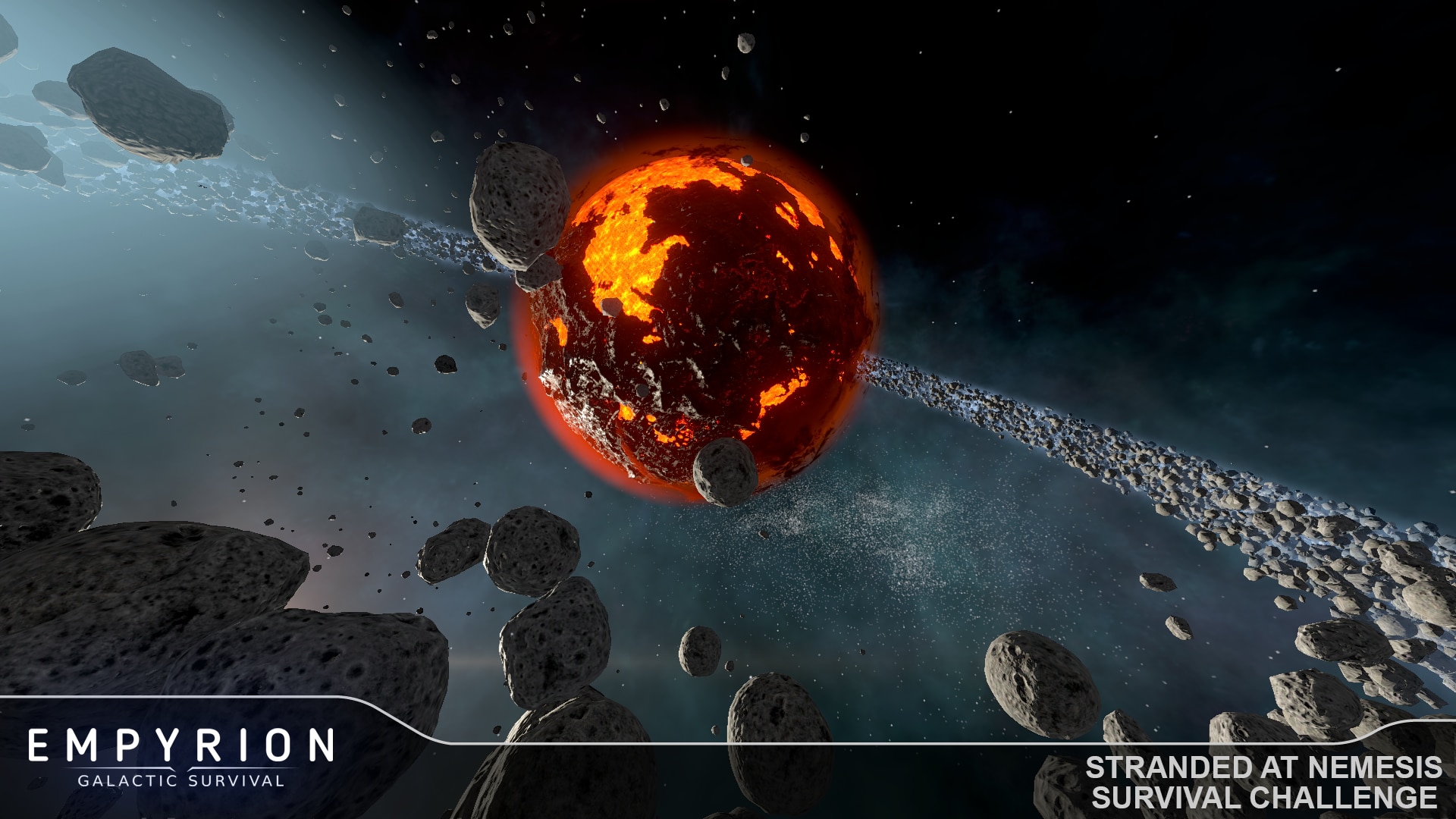 With update 1.8.5 we have not only fixed numerous bugs and added new features (see changelog below!).

With 'Stranded at Nemesis' we have also added a new scenario for you to play and have fun with. This is specifically a small survival challenge that we would like to offer you as a change: You start on a destroyed UCH ship and have the task to rejoin the fleet. How you do that is up to you, because there are several possible ways.

We are curious to see how you master the challenge! Please use the following feedback thread: https://empyriononline.com/threads/scenario-stranded-at-nemesis-survival-challenge.100395/

We are looking forward to your feedback - on the scenario and on further updates!

Changes:
- Added Scenario: 'Stranded at Nemesis' is a WiP challenge scenario available from the scenarios menu.


- Added Asteria Destroyer (Thanks to jrandall) to new SaN scenario https://steamcommunity.com/sharedfiles/filedetails/?id=1780720140
- DialogueSystem: added new database variable 'dbplayerpoipos_int' that can be used f.e. on traders in a POI and it will preserve its value even after the POI did regenerate
- Done 00276: Added new PdaDataOp "DeactivateCurrentChapter"
- Added more quality settings for Screen Space Reflections and Shadow Quality
- Updated: Fully rebalanced (destroyable) deco rocks. Hitpoints and Crushed Stone drop are now based on their approximate default-size volume & size. (Note that the same model sized larger via playfield_dynamic config will not provide higher HP and will not drop more crushed stones); Please report rocks that are not destroyable/seem to have wrong values with screenshot + info about planet and biome name!
- Updated: Updated all new (and some old) deco plants/trees with proper HP values & drops related to HP and appearance of model (Fiber/WoodLogs) (Part 1)
- ExecuteOnActivate code is now also called when accessing blocks using logistics.
- Changed: Quest missions are not deleted after leaving a planet anymore
- Changed: Tales of Tash logs you found, can now be read on the Academy network-consoles in some POI of the moons with the ‘Private User History’ option (when available)
- Changed: technical change to make quests more reliable
- Changed: quests do not mark their location automatically anymore (the quest info has...
Continue reading...
Jul 29, 2022 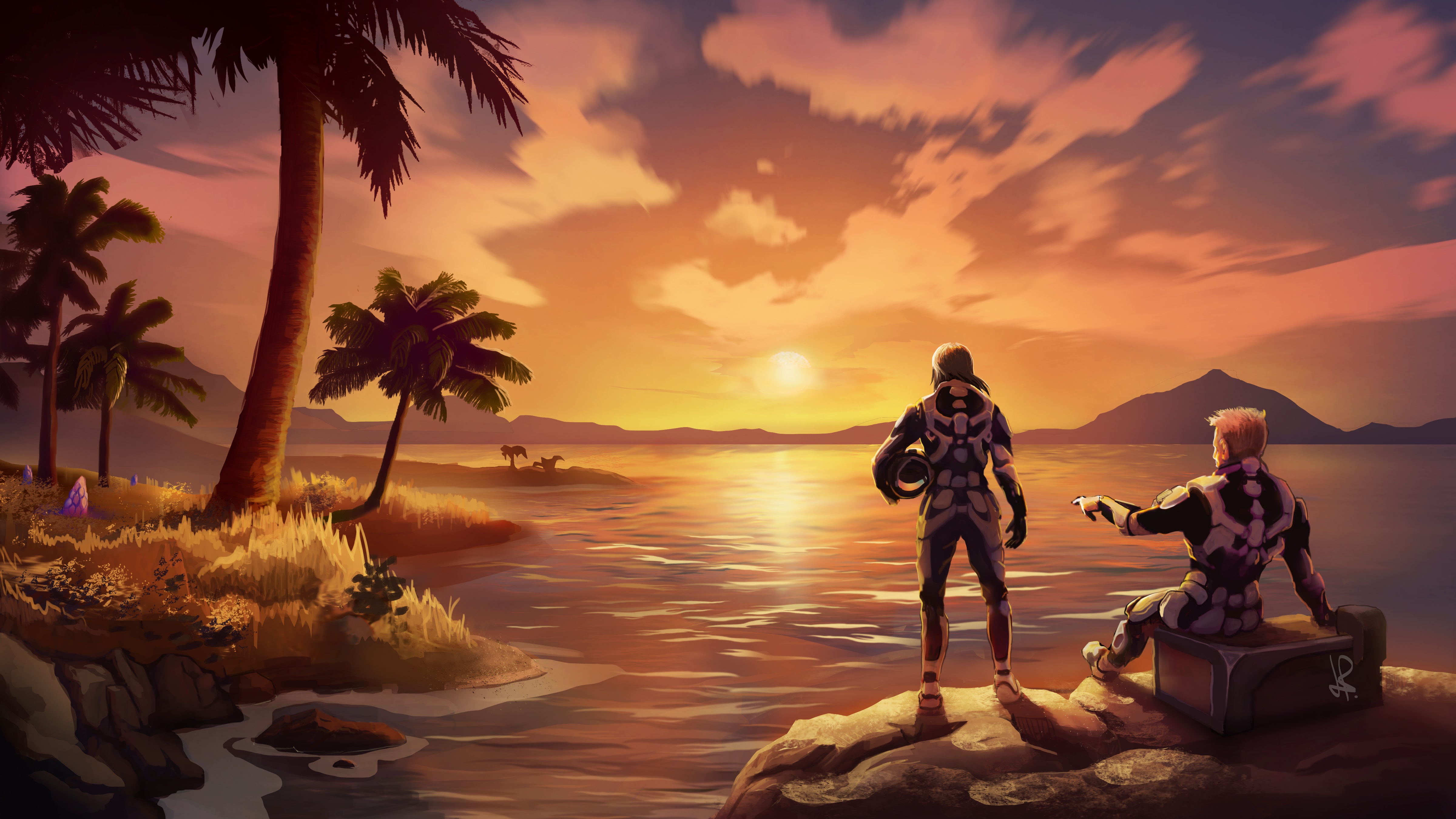 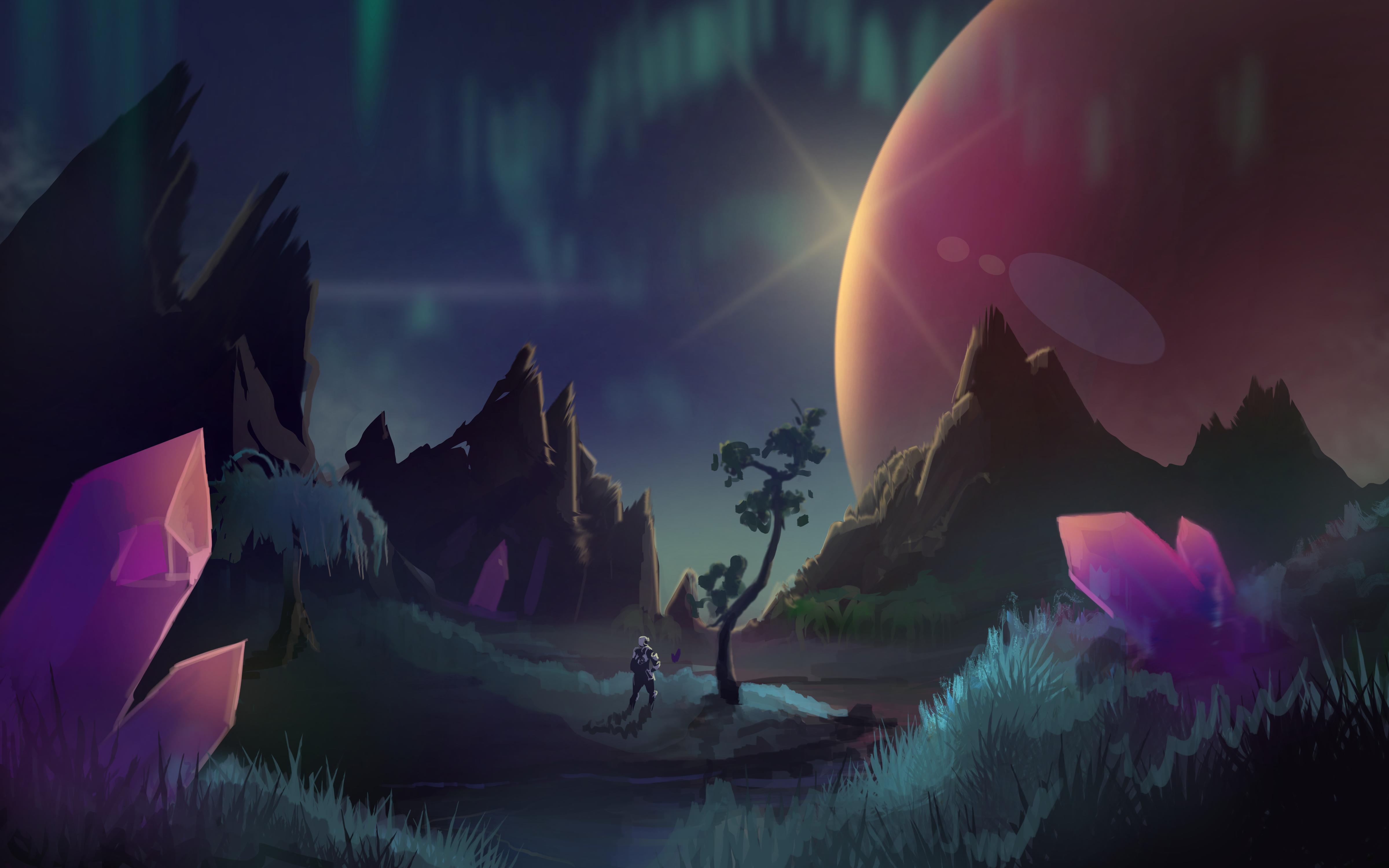 In addition to the previous patch here is the changelog for v1.8.4 with some fixes we have been working on & more to come soon.
Report bugs and issues for the public release right over here - thanks a lot!:
https://empyriononline.com/forums/bugs.24/