Project has been canceled. Next steps...

We decided to cancel our Kickstarter campaign because it will be impossible to reach the funding goal in the remaining time. However, the development of Empyrion will NOT stop! We have a vision and we want to realize it! We made good progress with the game in the last weeks and we are confident that we will be able to release the Alpha of Empyrion in spring 2015.

We would like to thank all backers for their support! You were very active during the campaign with numerous comments and suggestions, which will provide an inspiring source for the further development of Empyrion!

We did not anticipate that nowadays a Kickstarter campaign without a demo is almost impossible – and our demo came out definitely too late. In addition, we truly believe that a lack of exposure was the other main problem that the campaign did not succeed - not the game itself.

We will keep you posted with further updates and possibilities how you can support the development of Empyrion in the near future.

Stay tuned and thanks for reading.

Less then 60 Hours to Go! We are not going Anywhere!

There has been no news yet what will happen once the Kickstarter is over but we do know that there will be a post made letting us know when it does happen.

No matter what happens we here at Empyrion Online continue to support and back Empyrion from the start to the end, no matter what we face will keep keep going.

Don't forget that Empyrion was successfully Greenlighted. This is a big deal as the developers could at anytime start selling early access to their game at anytime.

by Kane Hart at 6:55 PM (1,604 Views / 0 Likes) 2 Comments
Looks like there is 7 days to go on the Kickstarter. Many more people are slowly getting their hands on the demo and recording footage on Youtube. Update #9 is out and includes a Album on Imgur.

It also looks like Direwolf a famous Minecraft Youtuber for modded Minecraft like FTB has gotten himself a copy.

As far as we know the demo is only been given out to the press and that being large channels with large amount of viewers. Will keep you updated if we end up getting a copy and will share some screenshots and footage.

Please note this is not even Alpha but a Demo and should be considered a internal dev alpha quality at most. So expect anything and everything to change overtime for the good.
Continue reading...
Nov 10, 2014

Nov
10
by Kane Hart at 2:46 PM (2,995 Views / 3 Likes) 23 Comments
First off the big news starting this week is it looks like the demo is getting very close. Eleon Game Studios via Kickstarter has stated "Hi everyone! We had a busy weekend with a lot of work to polish up the demo." This is really good news and sounds like we might be seeing a demo in the hand of youtubers soon and hopefully will also be getting a copy to cover as well, so we can post a lot of footage and maybe even some live streaming!

Another Snip from Kickstarter: "We will release the demo in time so that it can help boost the campaign in the last 2 weeks."

Today we hit £12,000 so we are getting one step closer to hitting the goal but we need you guys and girls to help spread the word even further.

Here are some wonderful Q&A's from around the Internet.

Empyrion Online:
Q: How will Planet to Space or Space to Planet transitioning work?

Q: Will we be able to repair tools and will there be things like axes and shovels?

Kickstarter Comments:
Q: Is that an automated drill that can move completely within the parameters of the square made for it? or is it a planned feature just being a static object at the moment?
Q: Will there be aerodynamics in the atmospheres of the planets?
Q: Will we get Steam keys if we Back?

Q: Will you be able to fly in one direction from point A ( while on a planet ) and at some point arrive at the same point A ( Fly around the whole planet )
And that leads to another one.

Almost 20% of the Way and Greenlit within 19 Days on Steam! 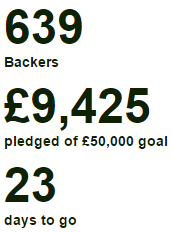 The amazing part is 73% of the community voted yes. This is actually a pretty big victory with so many players miss trusting Greenlight these days this means people see Empyrion being successful and that is a really good thing and one heck of a morality boost for the developers.

Empyrion Developers being so transparent have also included a screenshot of the Greenlight admin panel stats for us to view: 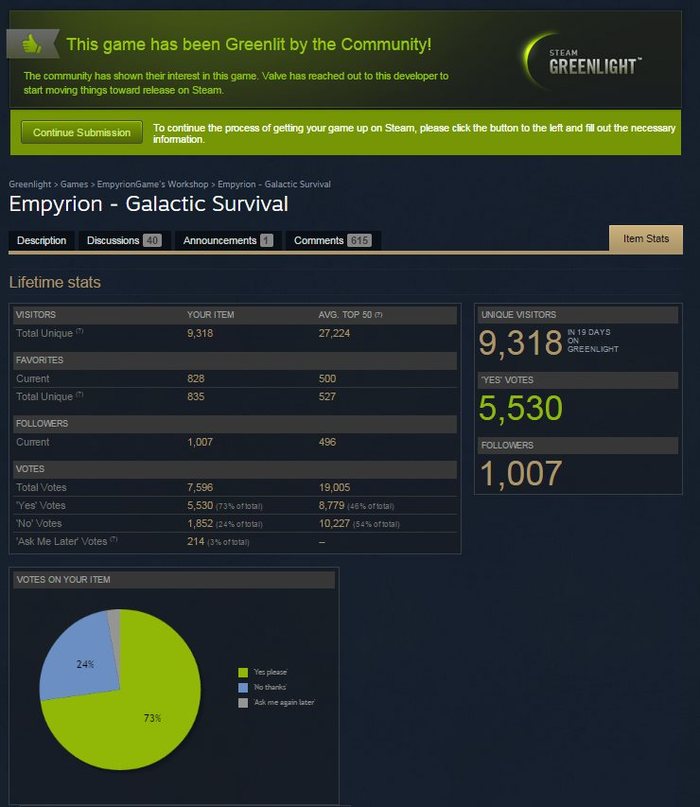 Nov
01
by Kane Hart at 4:19 PM (1,299 Views / 3 Likes) 6 Comments
Today was another nice surprise on Kickstarter. We now have a Soundtrack, New Screenshot, and 92% of the way of being Greenlight and as posting this we hit 500 backers!

So Congratulations to the community. It's you who will make this game successful and it is you who keep bugging your favorite streamers and Youtubers and friends to help advertise and back and push this game further to success!

So check out all the new content as well as listen to the new soundtrack on Kickstarter Update #5! 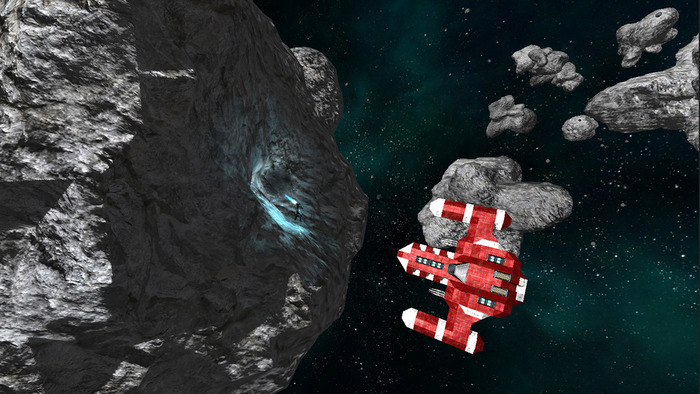 Greenlight is now at 92% of its goal to being successful. 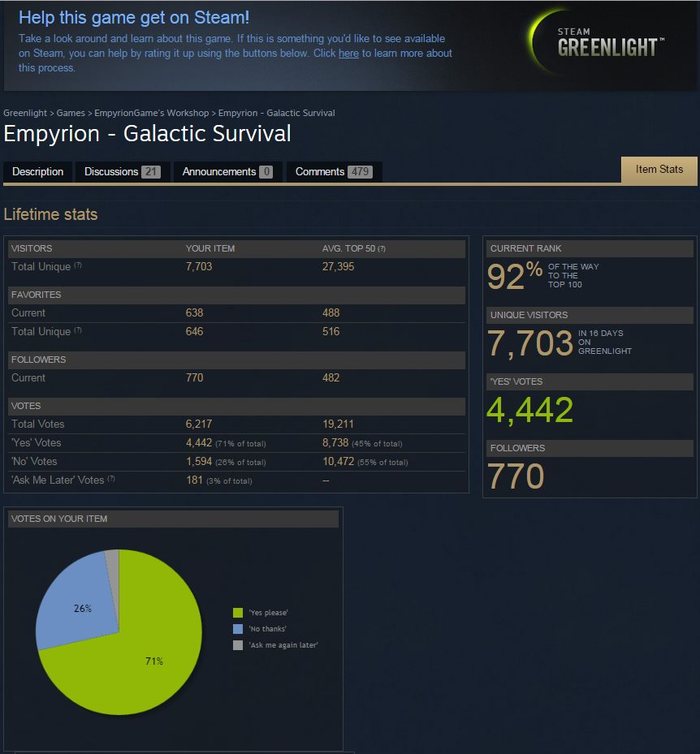 Oct
31
by Kane Hart at 3:36 PM (1,878 Views / 1 Likes) 1 Comments
Big day today boys and girls! Empyrion just hit 10% of its Kickstarter goal bring the grand total to £5,000! This is really good news since the Last Stand Gamers posted yesterday the Kickstarter has been flying. It really shows you the power of one voice and how important it is that you spread the word of Empyrion.

Don't forget on top of that their is still a planned Press Demo where we and many other Youtubers and Streamers will be able to give you a tour of this beautiful game.

There is no ETA on the Press Demo but their working hard on it.

Our Friends at Last Stand Gamers Posted a Video!

Oct
30
by Kane Hart at 10:40 PM (1,660 Views / 2 Likes) 3 Comments
Does not contain any new content but is a great video to help support the cause! Thanks to our Friends at Last Stand Gamers for this great video!

This kind of exposure is really exciting so we wanted to share it with you!
Continue reading...
Page 37 of 38
XenPorta © Jason Axelrod from 8WAYRUN.COM